iving into the wondrous world of sculptor Pekka Jylhä casts a new light on telling stories through a three-dimensional form. Both poetic and eye opening, Jylhä has a way of combining material with a sense of humanity. Here he shares his explorative worldview with us.

Light plays an important role in your work. What does light mean to you?

We live in a time when I find it important to bring light and harmony. Where there is light, shadow is naturally also present, and together they create the balance of the everyday. As we live in the North where half of the year is very dark, the importance of light is even more significant. I also enjoy using materials that multiply the effect of light, like glass or crystal blown at Nuutajärvi. We have this Finnish saying that humility is beautiful, but I have wanted to annoy, ever so slightly, the minimalistic and cool Northern people with these somewhat pompous works made of crystal.

How would you describe yourself as a sculptor?

I hope that I am still the small nine-year-old boy from Ostrobothnia who spent his first 14 years in the middle of a village shop amongst authentic materials and the stories of the village women and men in the smoky back office. I probably have a lot to thank for the horn of plenty of that shop; that is where my play and adventures began and my journey as an artist. I hope to be that same explorer who experiences this world with feeling.

In my works I have often used a white hare, because to me it symbolizes nature at its purest: its sensitivity, vulnerability and continuity. For instance, in my work With tremor and respect, a quivering hare and trembling milk on a plate show the fear and apprehension of the hare. The hare has turned the fear into strength; despite the fact that both animals and humans chase the hare, it is still reproducing and doing well. The milk also has its symbolic meaning as a gift that the hare humbly serves us. The milk is the source of growth and the mother of nourishment, and it mimics the white colour of the hare and its organic origin. The trembling comes from a silent motor, from the inside of the rabbit. In my work I often look for the collision point between humans and nature. To be a Finnish artist has meant to me on the one hand being very close to the grandness of nature, bodies of water and landscapes, and on the other hand seeing it change very quickly and feeling how powerless we are against the pressure and pace of it.

What are your working methods, and how do you approach new works and exhibitions?

When I am working on a public piece I read a lot about the place and its history, about the people and what has happened in the place; I try to find the idea of the place. I take a lot of time to let the ideas sink in and to sketch. I live with the theme until a thought that really moves me is found. An exhibition and an independent work are somewhat different; the former is made from a collection of works about things that have affected me deeply. In these pieces the choice of material is endless, whereas the material of a public work has to last forever – the kind of materials that survive in our climate are quite few.

To me, the material as such has its own important message. I am fond of using very different materials within the same work in order to create tension and dialogue in the work. The spectrum of materials that I use has become richer from year to year, but at the same time I still use the very same materials that I used at the beginning of my career. These materials have been saved into my inner material memory. It is, of course, always fascinating to make new material discoveries that in a completely new way talk to me about some important story. The space in which the work is housed sets the dimensions for the work, but some pieces have their own internal proportion that cannot be interfered with. I like to use the space in as versatile a way as possible: the ceiling, the walls, the floor and the work becoming part of one big whole.

Everything that touches people in our strange Milky Way interests me, as does the current events happening around me; the world is at the moment on the verge of something big. What interests me are themes such as terrorism, refugees, populism, exclusion and nature. I try to find the collision point between people and nature, and I often address this subject, but with a very subtle feel. Short stories, wishes, experiences, poems and dreams – sometimes the work process itself takes you on new adventures. I let the work find its form, and at its best the piece commands me, instead of me commanding the piece. The slowness of the process makes it possible to listen to the work, as well as to find the material or tool that is the best fit to communicate the thought. Although my works hold my own small thoughts, stories and myths, I hope that there would also always be space for everyone’s own likes and interpretations. At the moment I am interested in ecology – works in which one can take advantage of, for instance, wind and sun power, as well as recycling.

Has there been some particularly important moment in your career?

When I was nine years old and returning home from school, I found my mother dead on our kitchen floor. My mother had had a cerebral haemorrhage just a moment before – the rocking chair was still rocking slowly back and forth. The only thing I remember from the moment was that I wished that the chair would never stop moving. I believe that the tragedy of the way my mother died was the moment that made me into an artist. When I had my own children, the memory of my mother and the slow rocking movement of the rocking chair came back to me. From this the work This side that side (1995) was born – a work that is the shape of a classic Ostrobothnian rocking chair made out of lead at the same small height of a nine-year-old boy. The chair has a hidden, soundless motor that works with an accumulator, which keeps the chair in a constant rocking movement. The chair is nowadays owned by the city of Vantaa.

How do you perceive the role of sculpture and art in today’s society?

When the world is moving towards even taller skyscrapers with longer shadows, where concrete and asphalt cover parks and people connect mostly online, art has the opportunity to bring humanity and sensitivity to everyday life as well as to create meeting places with a humane dimension. With a few touching aspects and a sensitive element or dramatic form, we try to tell a story that engages the viewer and that alters the space into an overall experience.

Who do you look up to?

The people I look up to have varied over the years, but one person has stayed with me. She is the Polish Nobel prize recipient, poet Wislawa Szymborrska, born in 1923, and is the author of about 250 poems. I have made many sculptures about her poems, for instance: When I pronounce the word silence, I destroy it from 2014. There are a lot of similarities in poetry and sculpture, and Wislawa’s poems are very visual. In addition to Wislawa’s work, I also use other poems as the source of inspiration for my pieces. At its best, sculpture is like a poem in a space.

Adapted and edited from the original interview done for Around Journal, published on June 12th, 2017. See the whole story here.

New Posts Straight to You Inbox

Thank you! Your submission has been received!
Oops! Something went wrong while submitting the form. 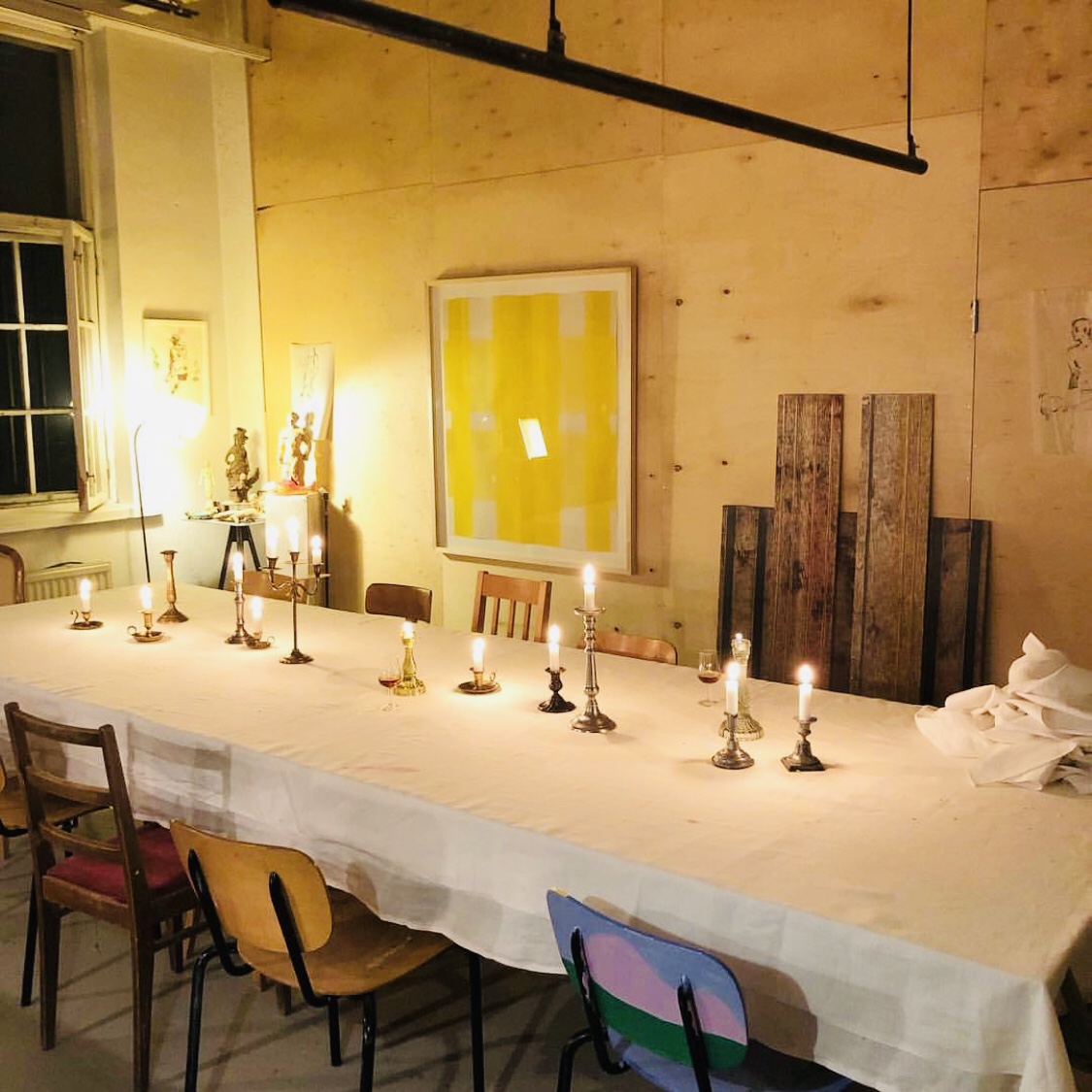 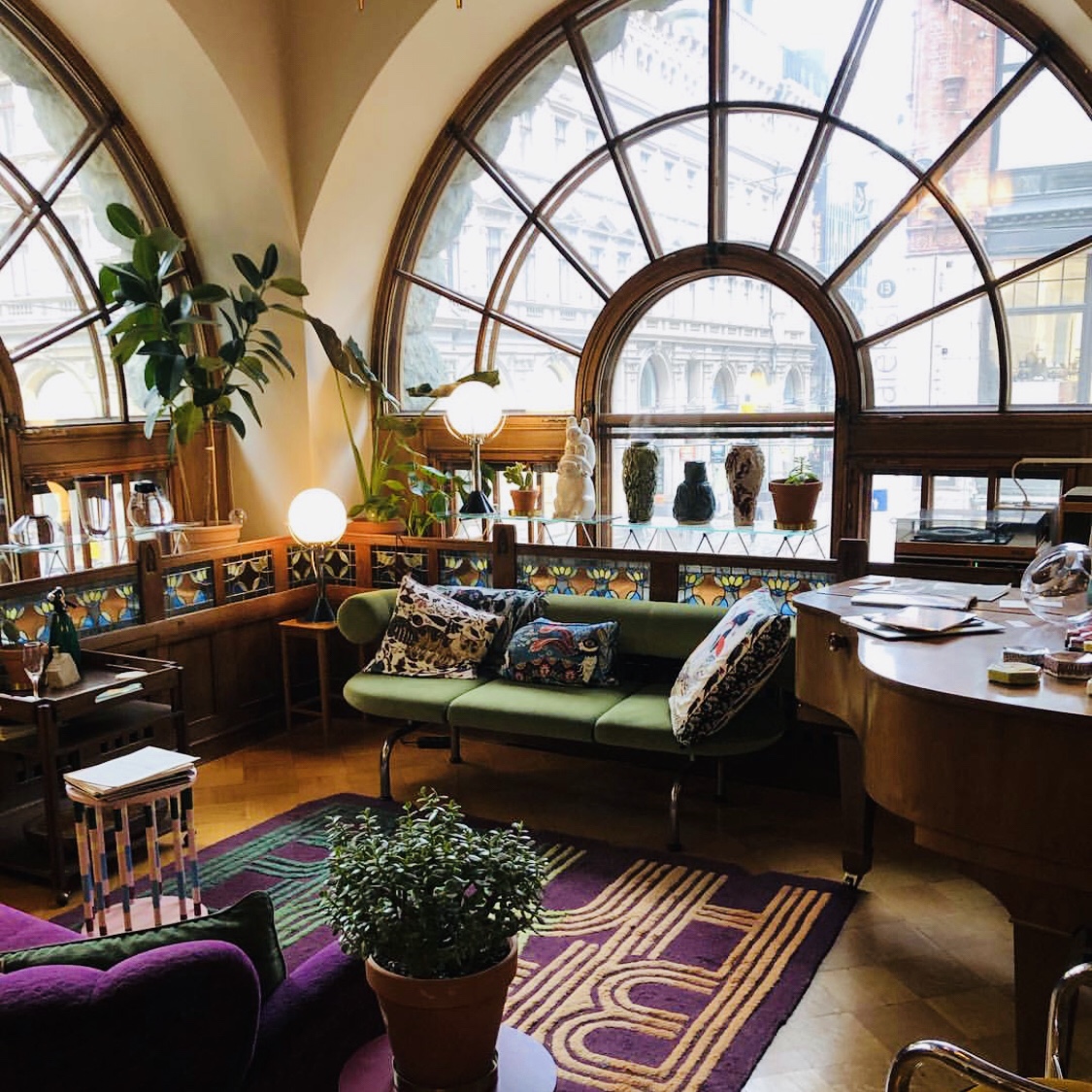 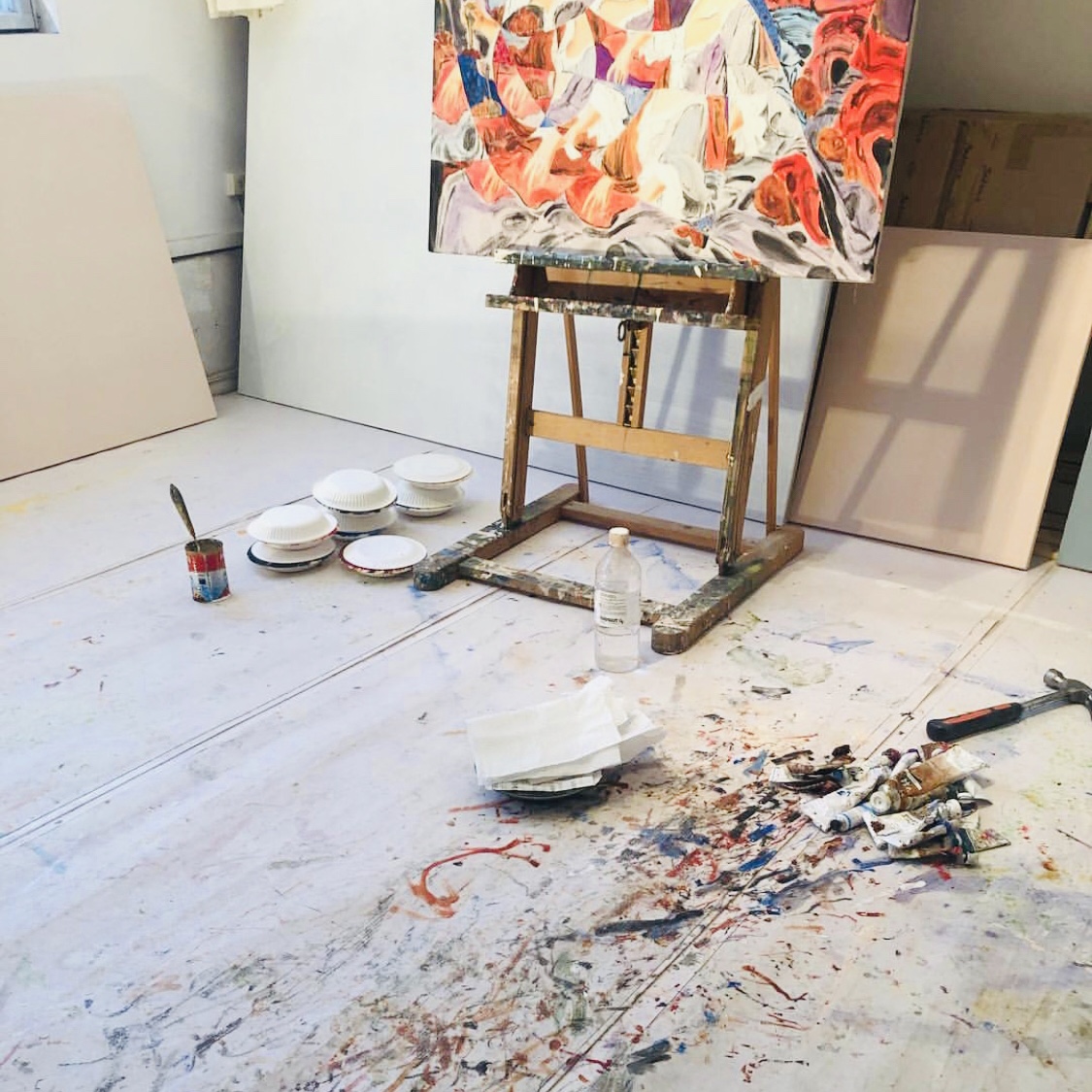 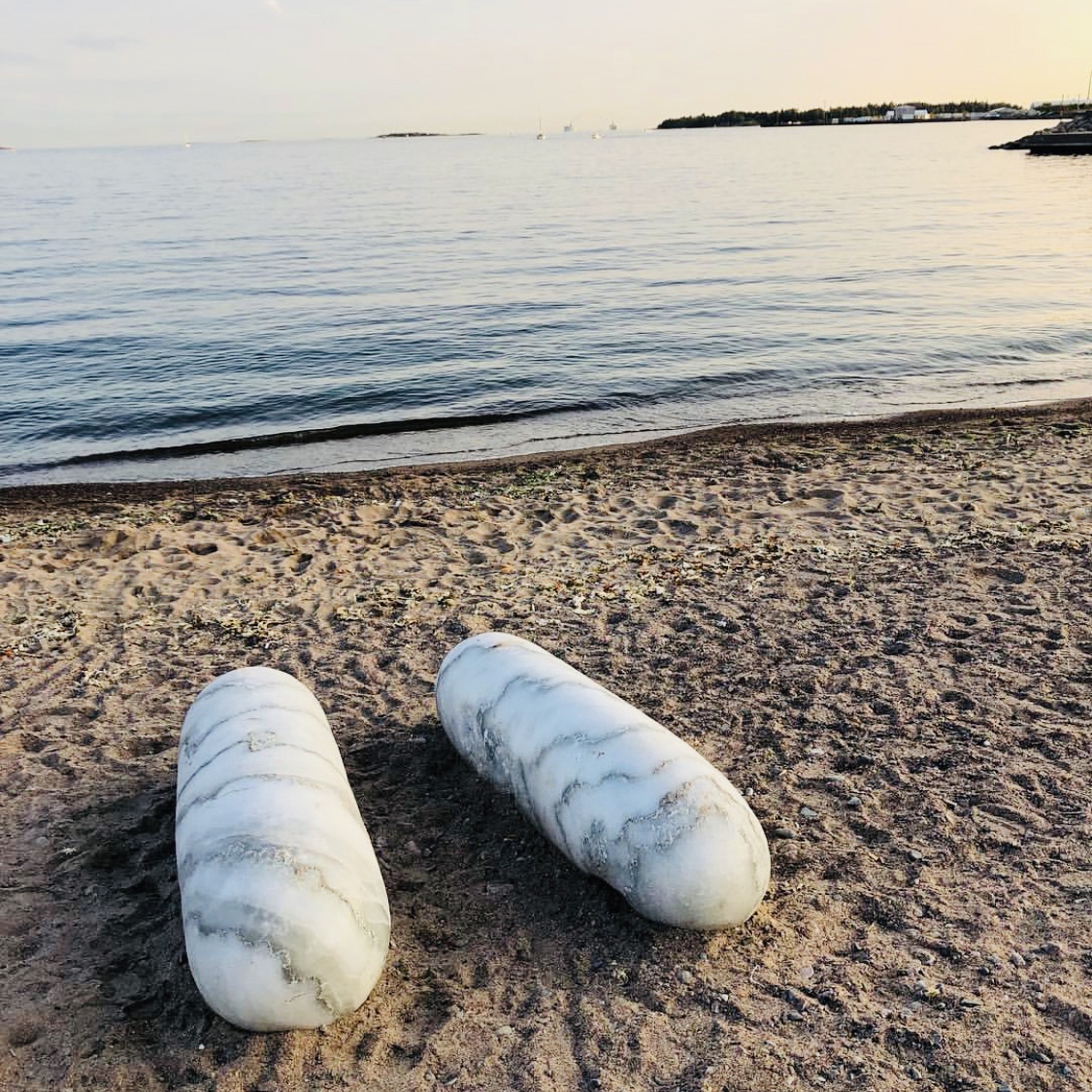 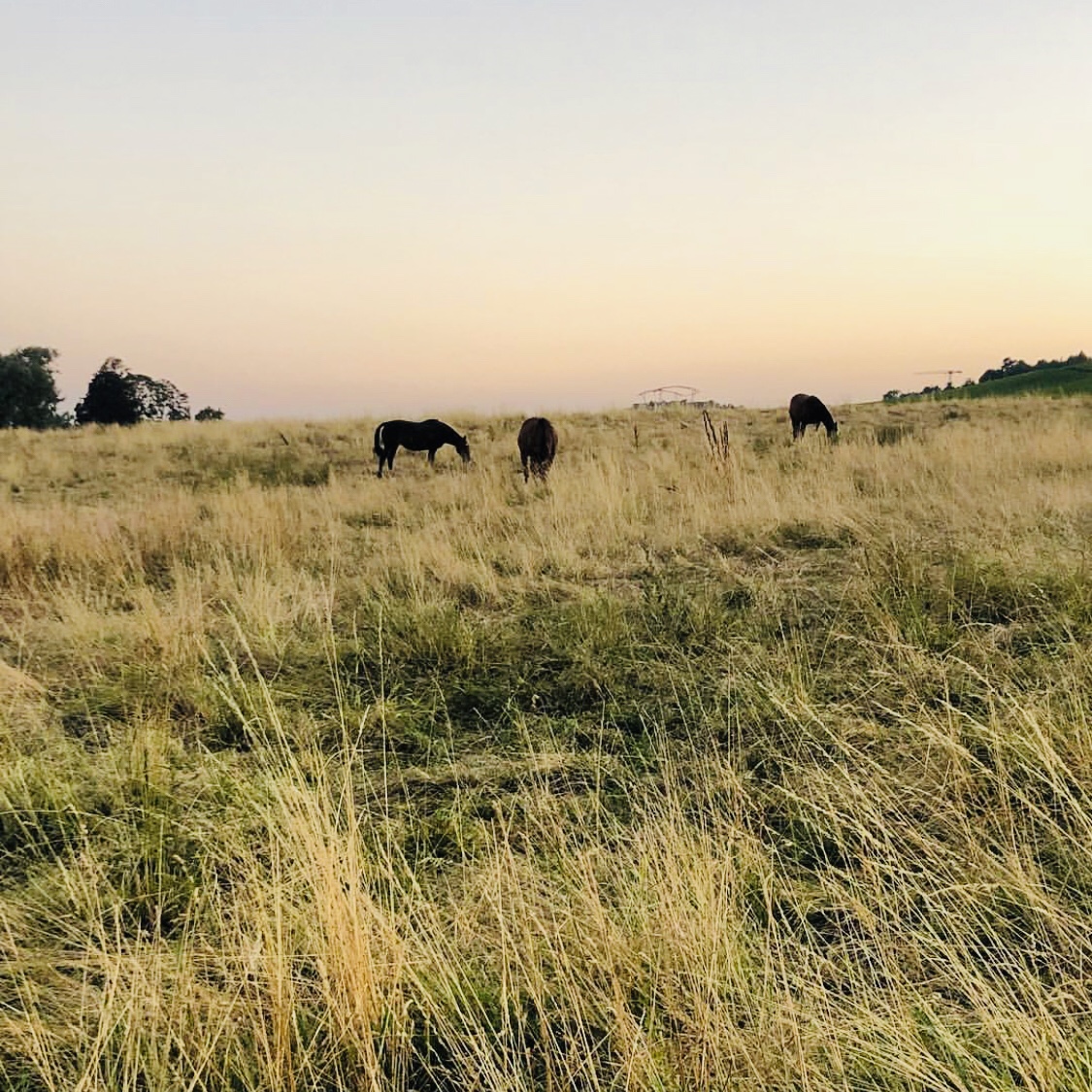 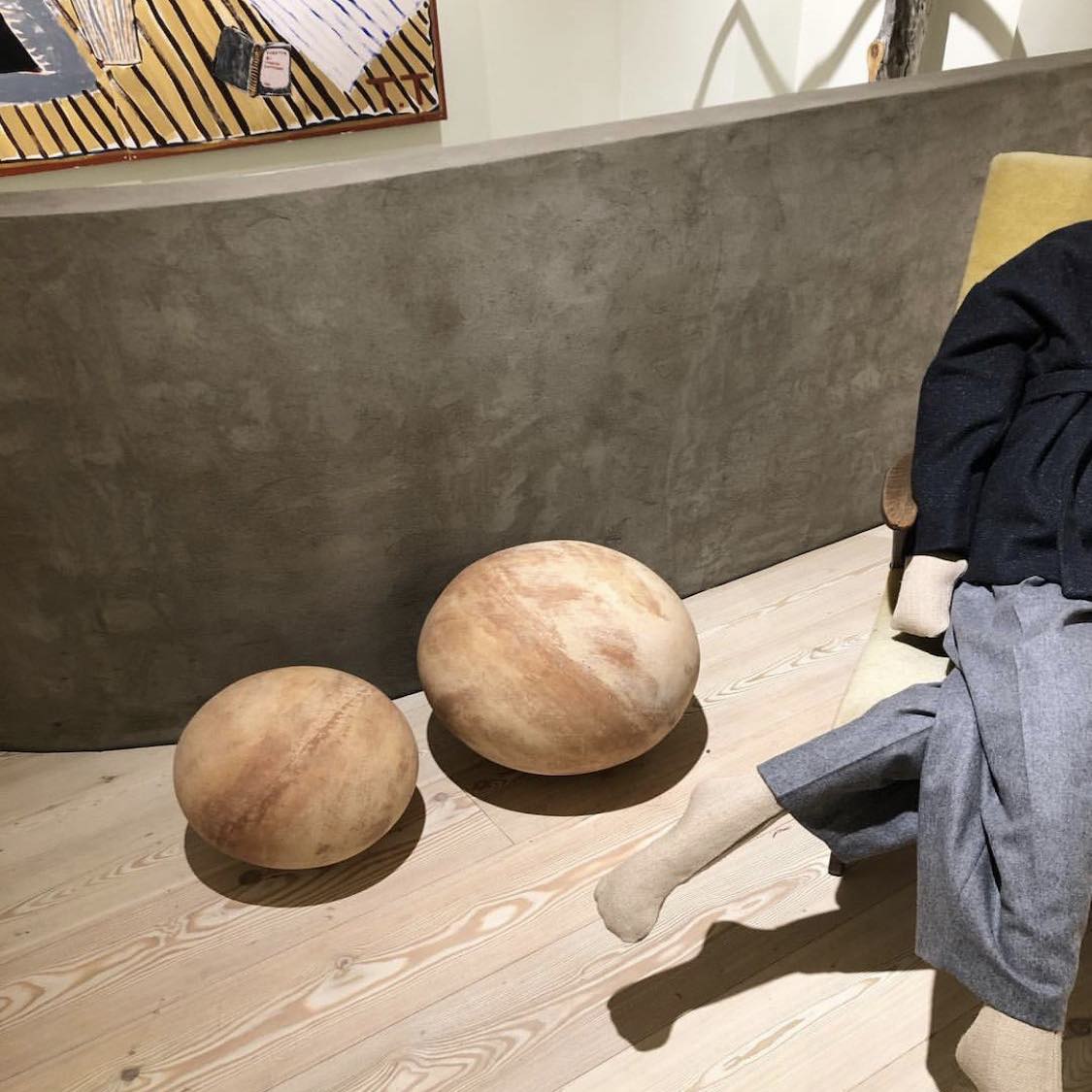 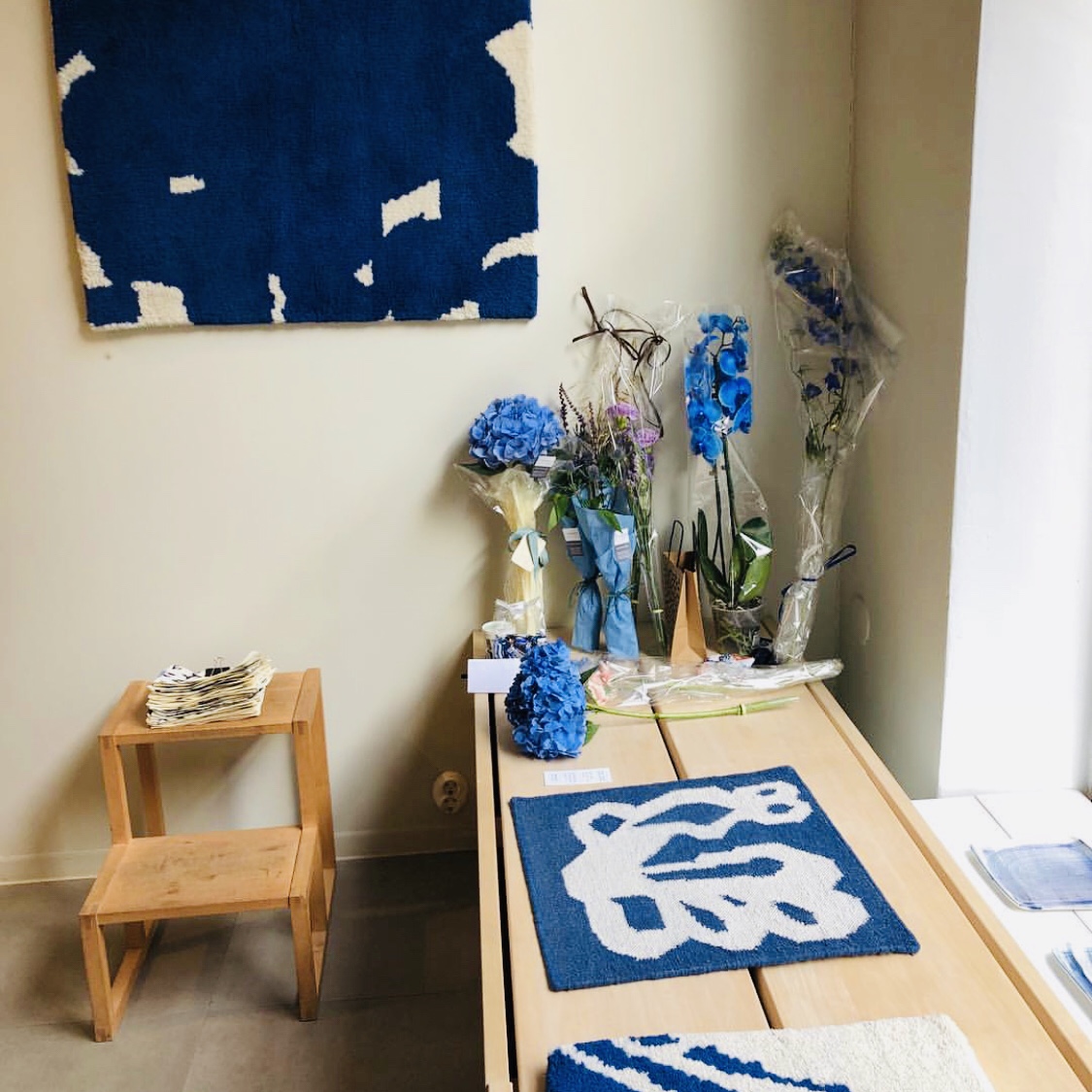 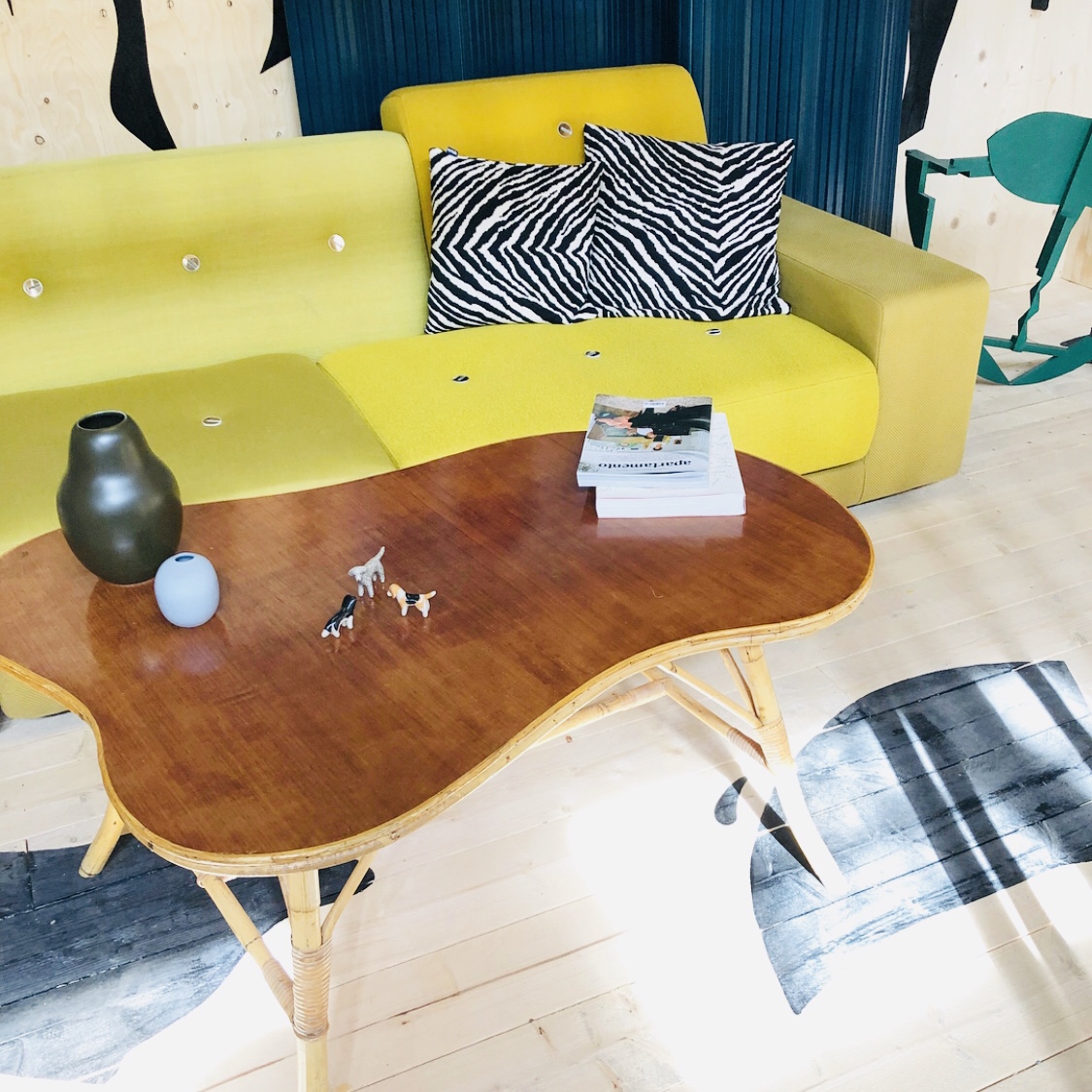